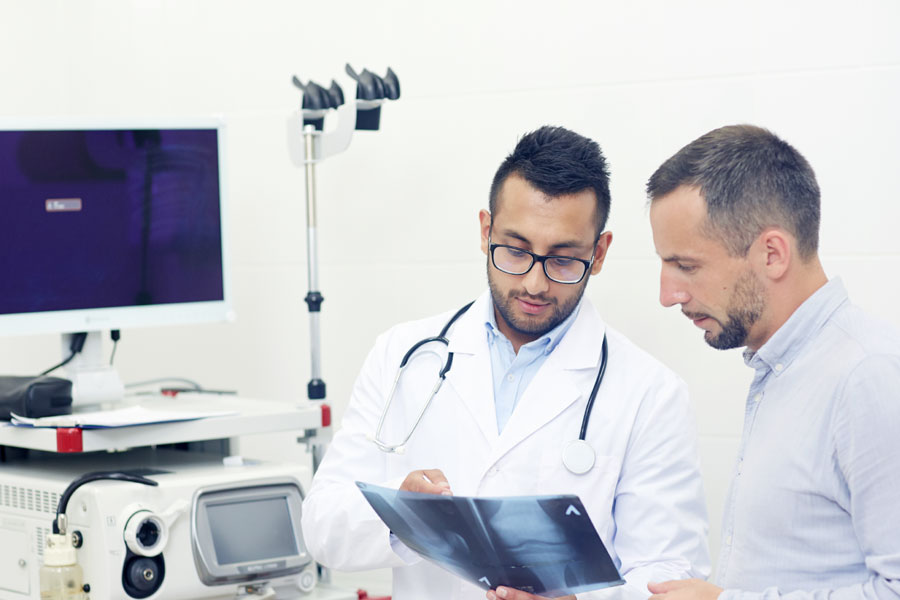 XRAY:X-rays are a form of electromagnetic radiation, just like visible light. In a health care setting, a machines sends are individual x-ray particles, called photons. These particles pass through the body. A computer or special film is used to record the images that are created.

Structures that are dense (such as bone) will block most of the x-ray particles, and will appear white. Metal and contrast media (special dye used to highlight areas of the body) will also appear white. Structures containing air will be black, and muscle, fat, and fluid will appear as shades of gray.

Digital Xray:How the Test is Performed

The test is performed in a radiology department by an x-ray technologist. The positioning of the patient, x-ray machine, and film depends on the type of study and area of interest. Multiple individual views may be requested.

Much like conventional photography, motion causes blurry images on radiographs, and thus, patients may be asked to hold their breath or not move during the brief exposure (about 1 second).

How to Prepare for the Test

Prior to the examination, Inform the health care provider if you are pregnant, may be pregnant, If abdominal studies are planned and you have had a barium contrast study (such as a barium enema, upper GI series, or barium swallow) in the last 4 days, the test may be delayed until the contrast has fully passed.

You will remove all jewelery and wear a hospital gown during the x-ray examination because metal and certain clothing can obscure the images and require repeat studies.